The convention is an annual meeting that brings together representatives of all our parishes, missions, and affiliated communities of The Convocation. These representatives -- both clergy and lay -- make decisions and policy for all Episcopalians in Europe and with the Bishop, and help us to maintain our connection to the wider Episcopal Church.

Each parish may send at least one elected delegate, who along with the Convocation clergy form the voting delegation. A representative from each of the Convocation's mission congregations is also seated, and accorded full voice in the business of the convention.

The principal business of the Annual Convention is to address legislation and resolutions; elect officers of Convention; and adopt a budget for the coming year. The bishop, who serves as president of Convention, gives his report on the state of the diocese in his address or pastoral letter.

Moreover, the convention is a community gathering; it is weekend of listening, learning, worship and prayer. All in the Convocation are welcome to attend Annual Convention.

Convention 2018 will be in Waterloo, Belgium, on October 18-21. Delegates and clergy from Convocation parishes and mission congregations in Switzerland, Germany, Italy, Austria, Belgium, and France will travel to our host parish, All Saints' Episcopal Church, who is working hard to organize a very special convention this year.

A special order of business at the 2018 Convention will be the Election of a new Bishop in Charge for the Convocation.

Below are some links and documents related to Convention:

CONSTITUTION AND CANONS OF CECE (last amended in 2016) 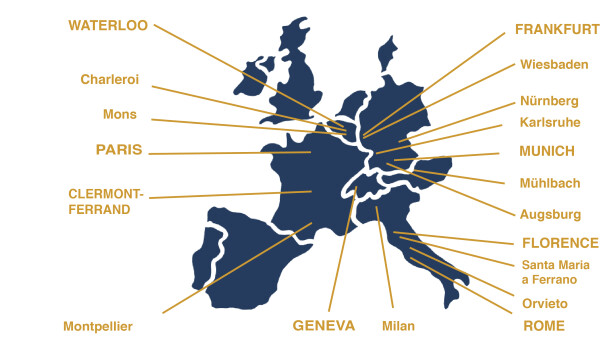